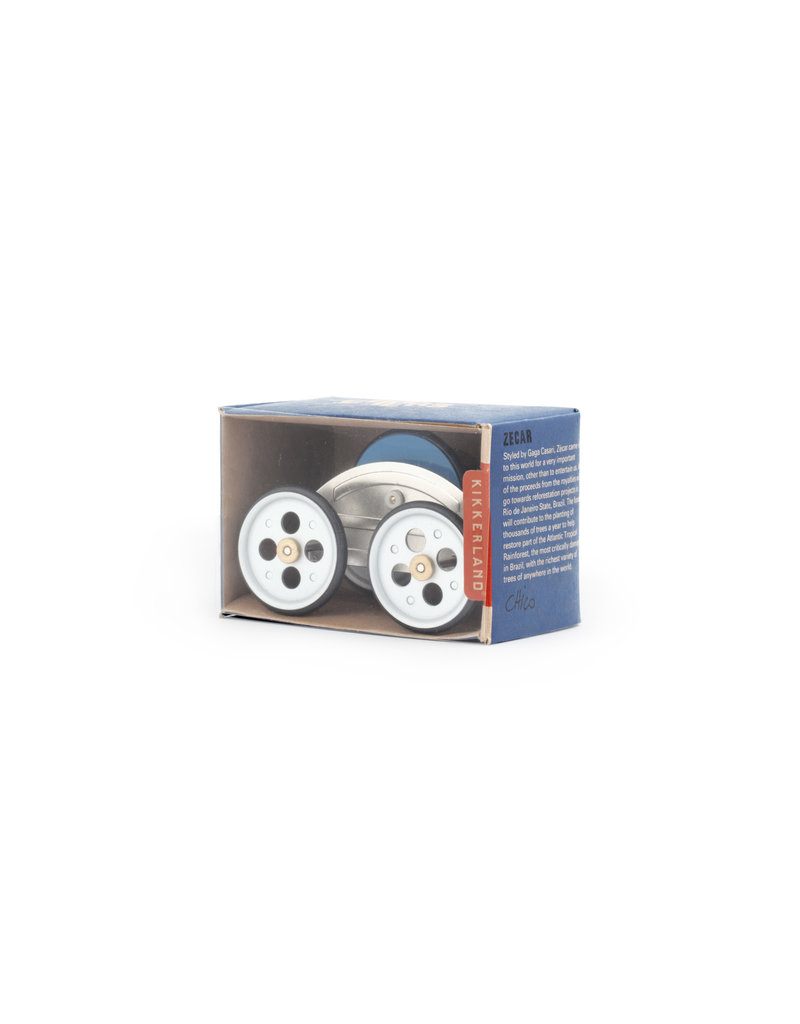 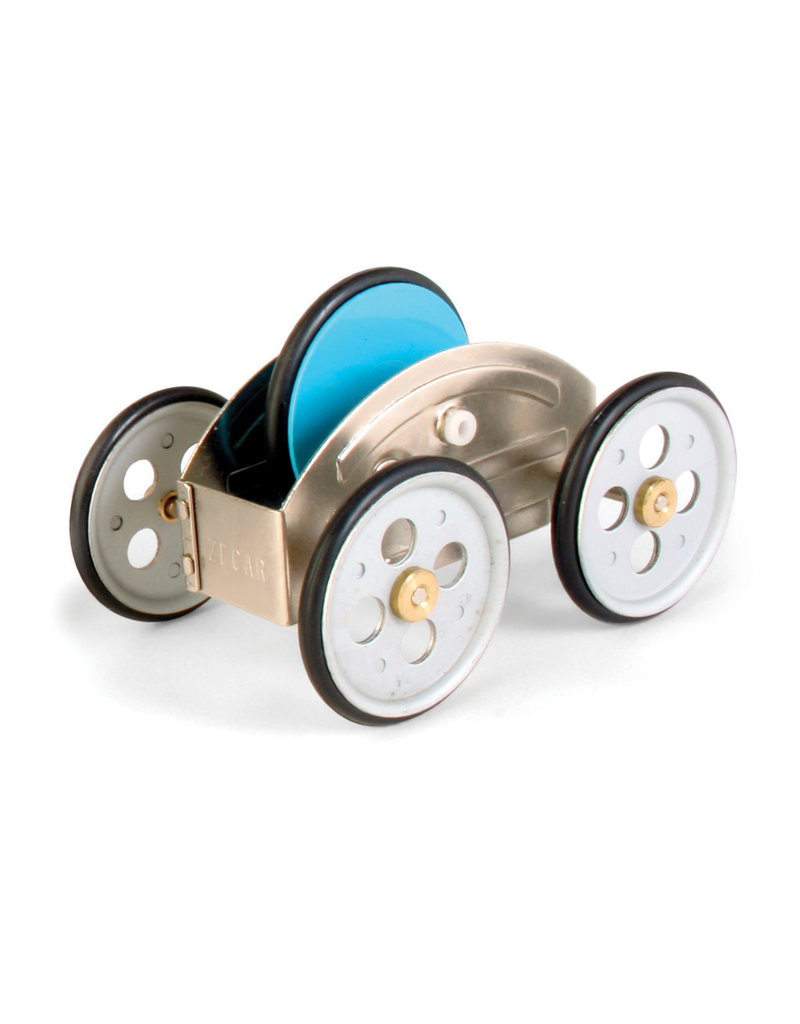 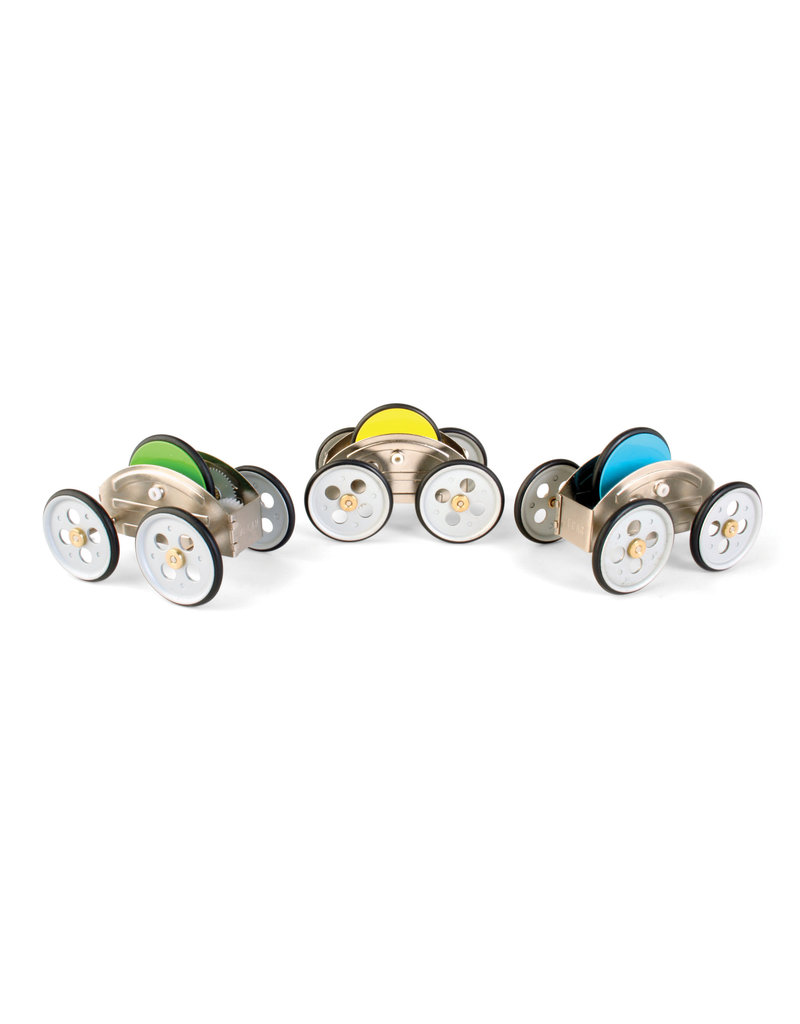 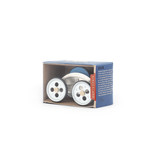 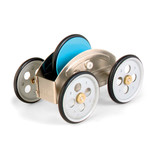 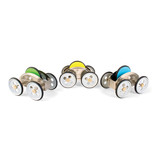 Zecar is a very simple car. Just push him, and try to make him overcome small obstacles. Zecar can even slide on his back if the going gets tough, but you don't have push Zecar very hard. Zecar overcomes obstacles at his own steady pace. To push Zecar, hold the front and the rear ends, not the sides, and gently give his wheels a spin by dragging them on a surface. Zecar has lots of torque, and he moves rather slowly. You can choose to have the traction be the front, or the rear wheels. You can also slide him upside-down on his flywheel and two free spinning wheels. Zecar is not a race car, nor a demolition derby machine. He should not fall off tables, nor should he be slammed around.